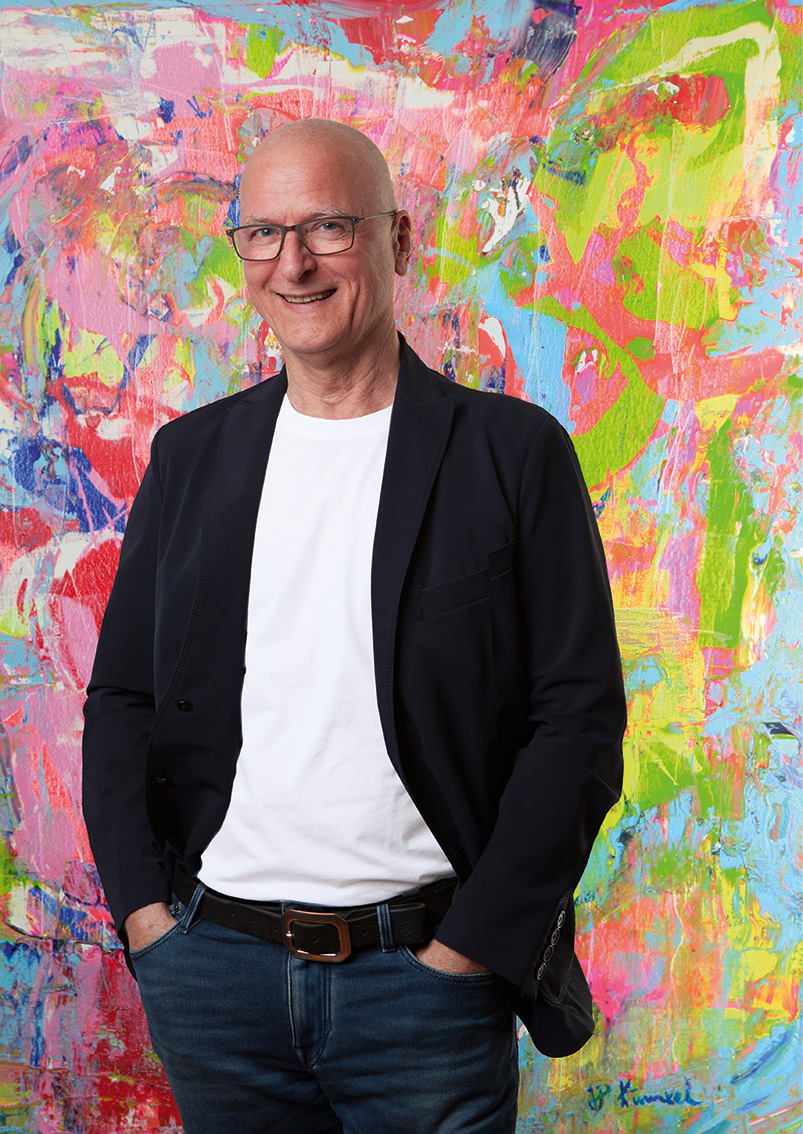 Jean-Pierre Kunkel, born in Lievin, France in 1950, became enthusiastic about artistic creation at an early age. Growing up in southern Germany, he went to Munich and Hamburg to study free painting, where photorealism emerged as a formative style. In the course of his creative development, Jean-Pierre Kunkel acquired an extensive range of techniques, from airbrush to photography, image editing, illustration, watercolor and oil on canvas to the symbiosis of all types of design.

This was followed by stays in the artistic metropolises of Paris and New York, where in 1978 he assisted the French advertising photographer and art activist Jean-Paul Goude with the illustration of his internationally renowned illustrated book Jungle Fever. That time greatly influenced Jean-Pierre Kunkel’s photorealistic way of working that he perfected on the auto didactical basis later on. The native of Hamburg also made a name for himself beyond Germany as a freelance illustrator for advertising and magazines.

Kunkel’s works are based on photographs that are individually created and combined depending on the intended message. Each work is subject to a special aesthetic requirement, the basis of which is the digital composition of precisely fitting visual elements.

The motifs optimized in this way unfold their engaging and extraordinary effect when translated into oil on canvas.

Jean-Pierre Kunkel is particularly interested in idealization. Like his teacher Goude, he also approaches his own idea of perfect aesthetics through art. In this sense, photorealism is both a stylistic device and a technique.