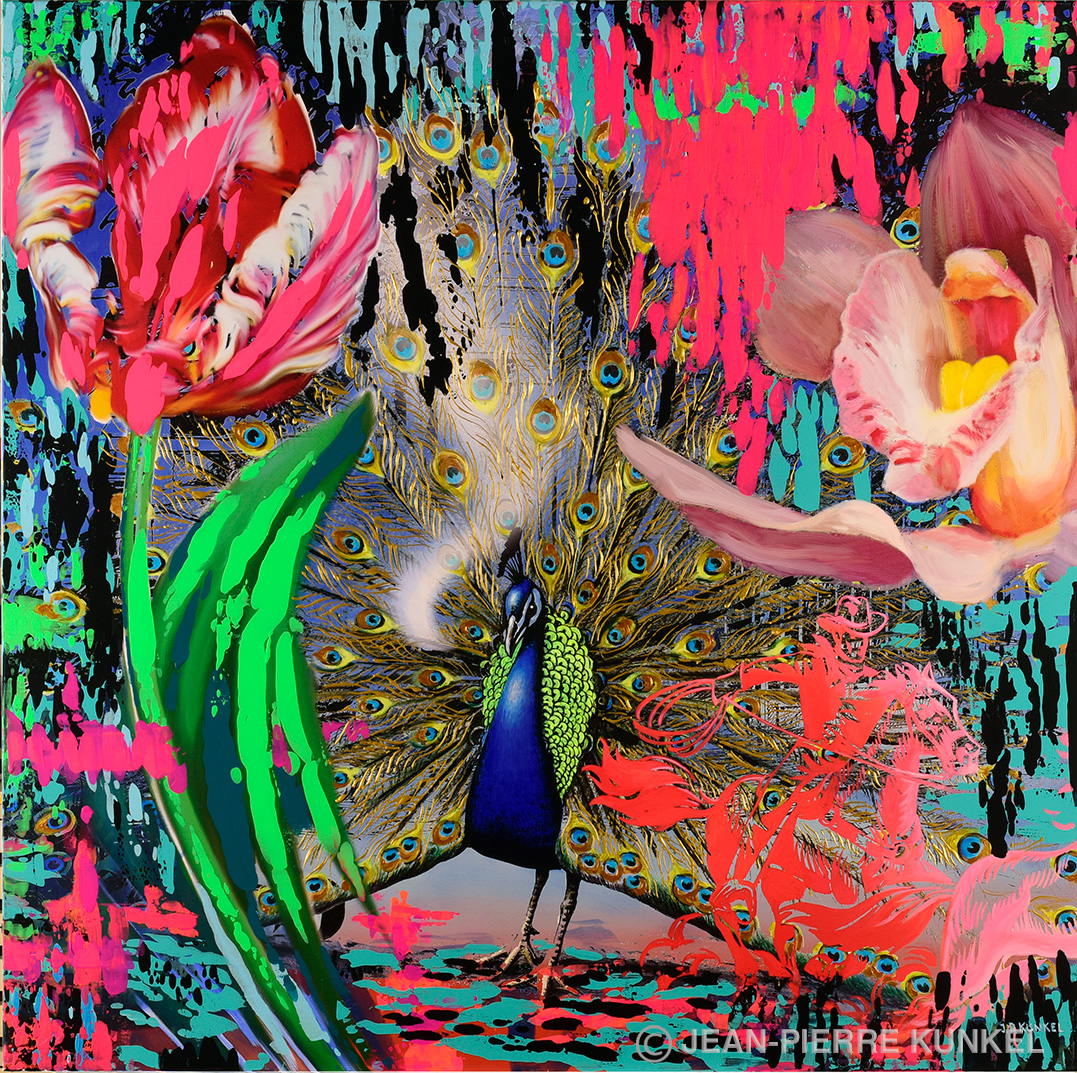 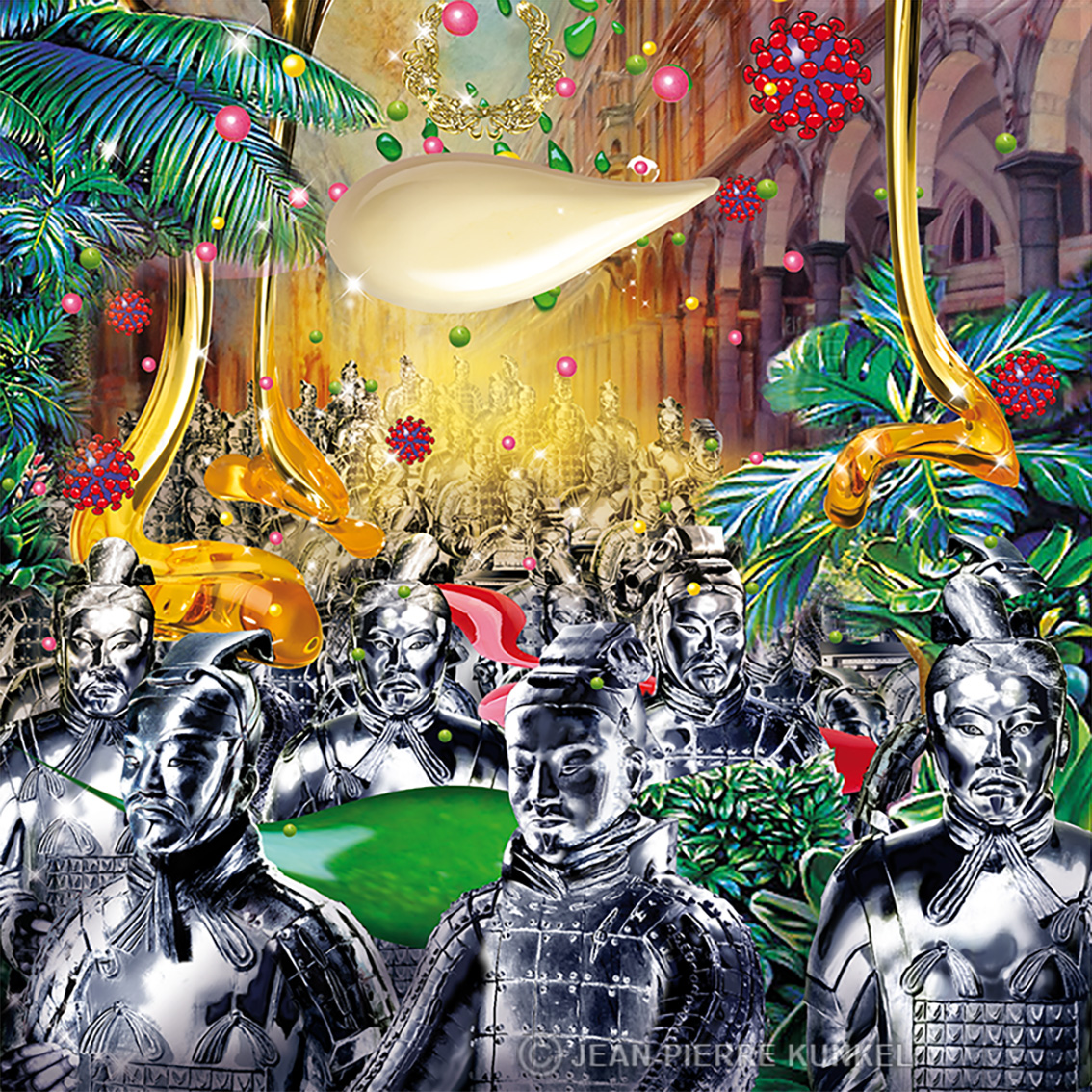 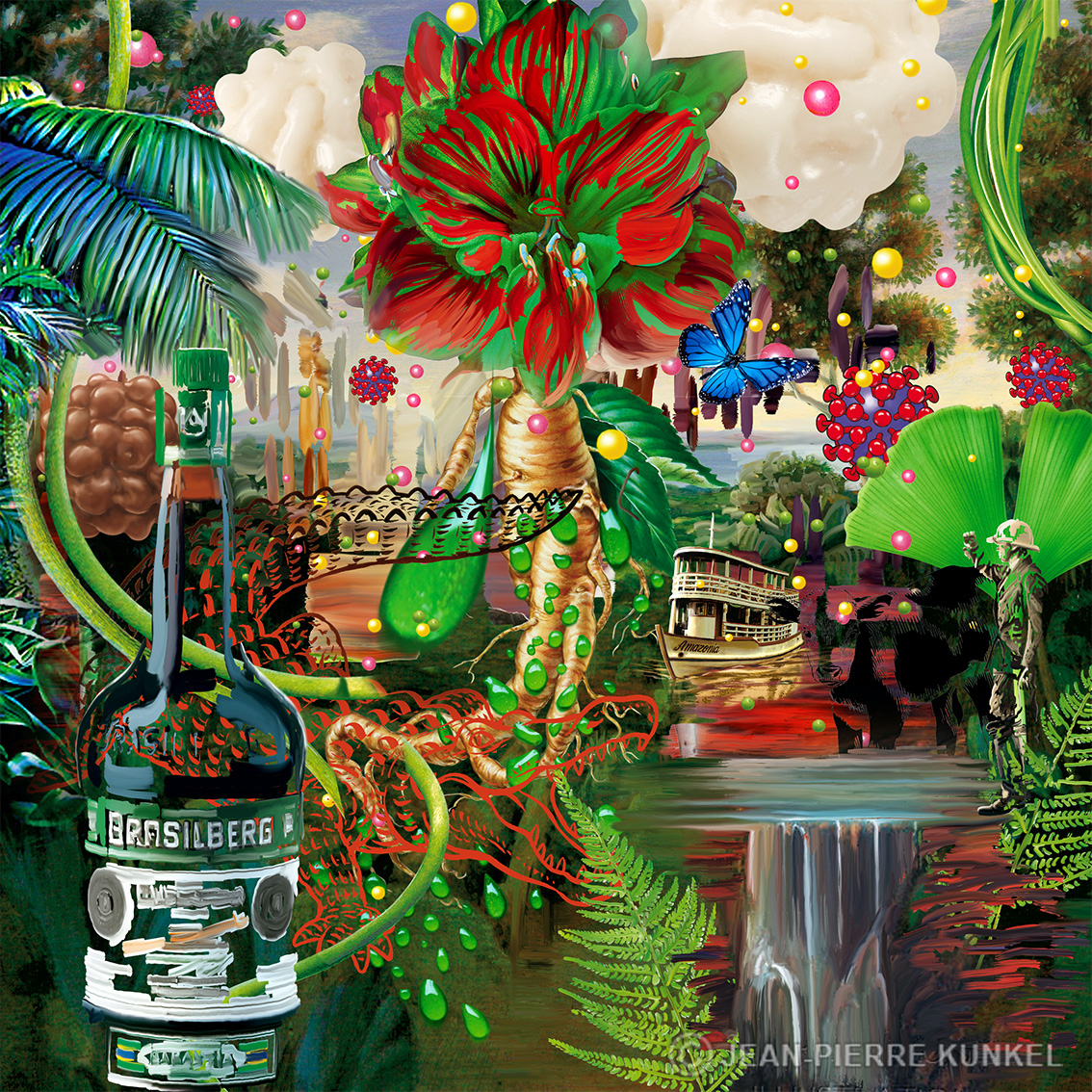 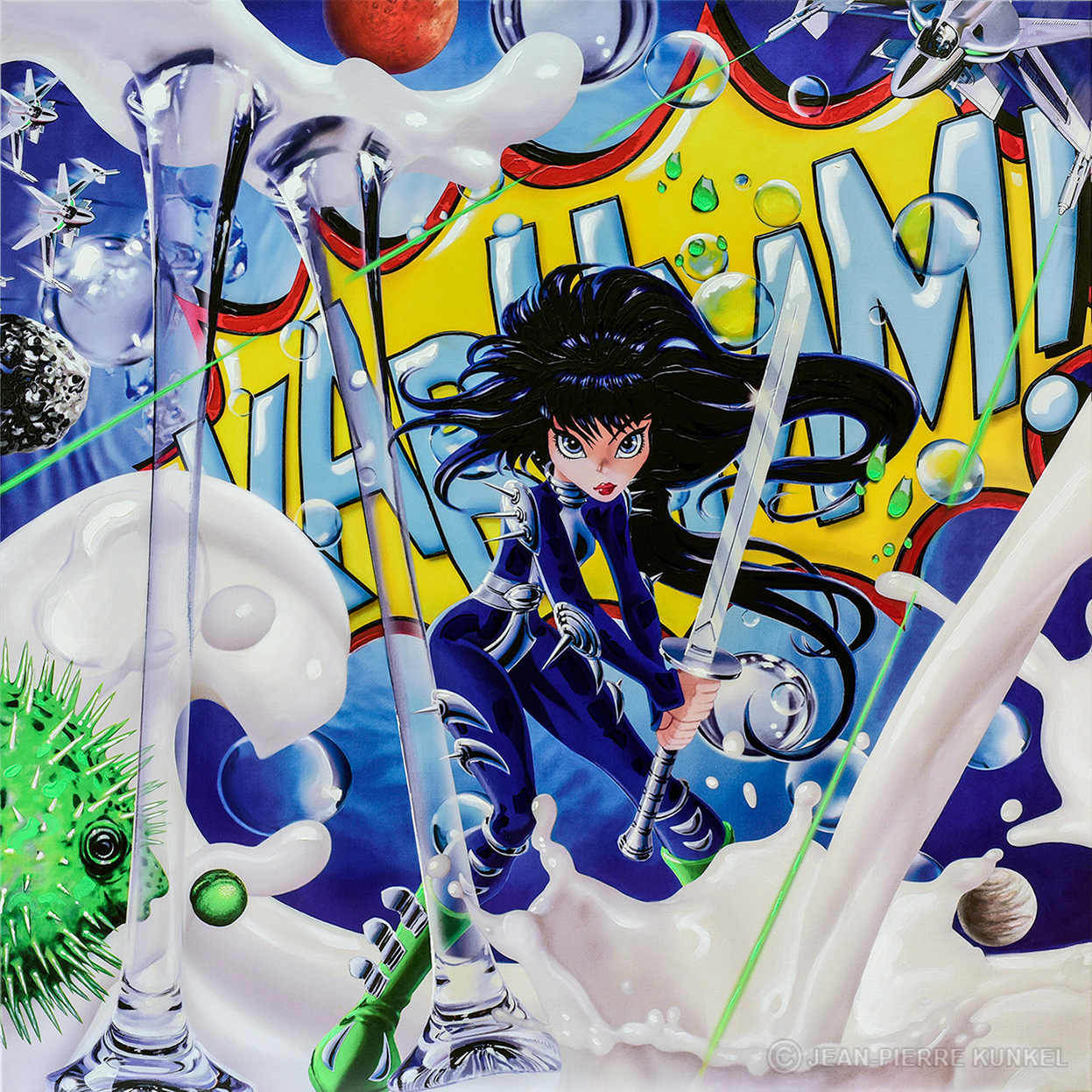 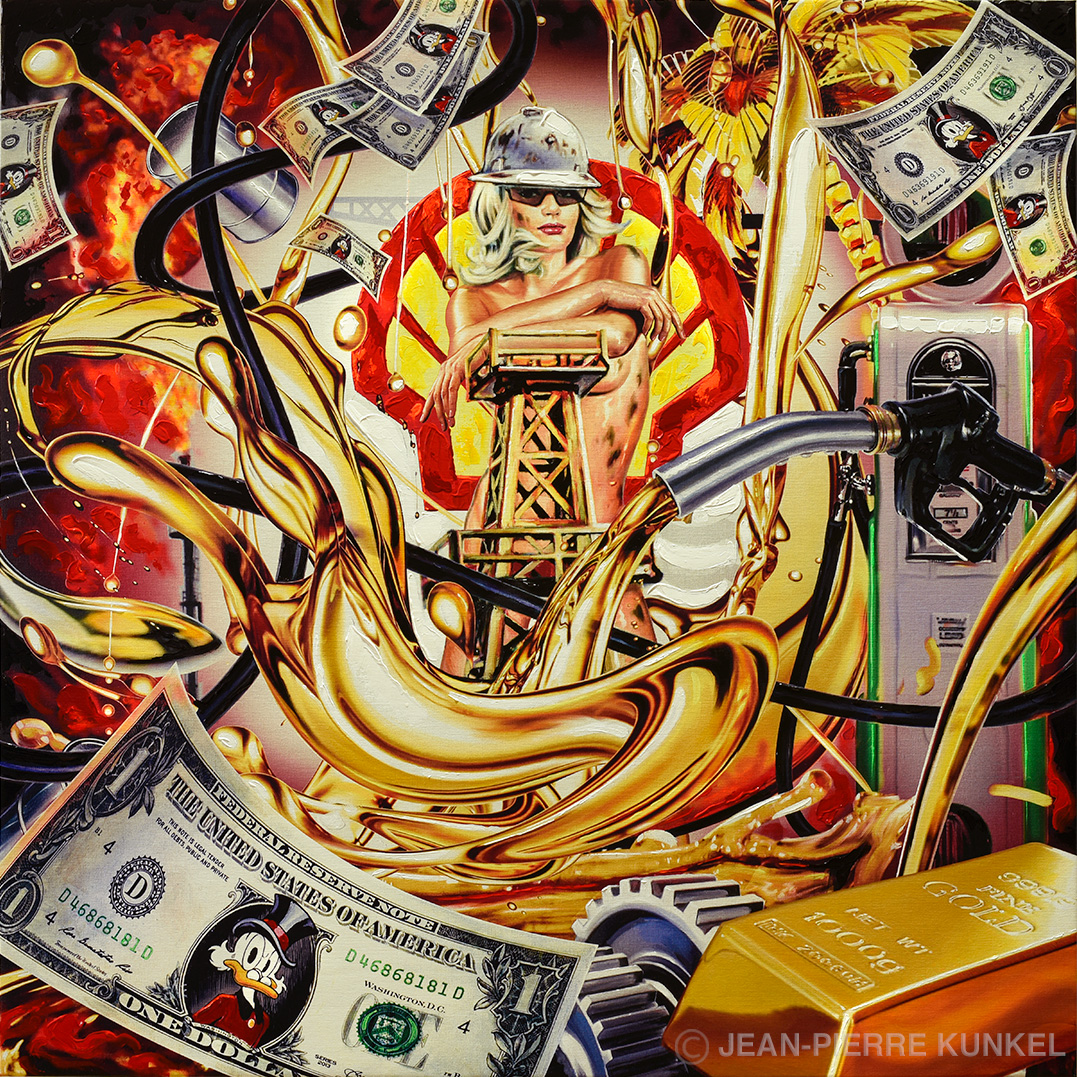 To create images on the theme of Advertising Pop Art, Jean-Pierre Kunkel used his pool of motifs from his work as a photorealistic illustrator and placed them in a new context. He combines the works created during his 40-year career in thematically mixed collages, thus creating surreal visual worlds with a completely new message. The expressive re-work of his realistic, idealized advertising works stems from the influences of Neo Pop of the 1980s and 1990s and elevates seemingly banal representational motifs to art by changing their size, material, and context. Kunkel himself calls his style Advertising Pop Art. He is also concerned with making the viewer understand that the starting point – the advertising illustration as such – is already art.